The Finnish Health in Teens study – Fin-HIT – is a cohort study including over 11,000 Finnish children aged 9–12 years at enrolment, together with 10,000 parents, of which the vast majority are mothers. This age range was chosen as most participants are about to enter puberty and are cognitively mature enough to participate in the study without parents.

The study is conducted at Folkhälsan Research Center. The Ethics Committee of the Hospital District of Helsinki and Uusimaa has approved the Fin-HIT study protocol.

Pilot study: Home recruitment, by mailed invitations to 11,000 selected households all over Finland, was tested in 2011. The response rate using this strategy was 14 %. A phone interview study done amongst 166 randomly selected non-participating parents indicated that the main reason for non-participation was lack of time (43 %).

Main study: The largest part of the recruitment was therefore conducted in schools where trained fieldworker teams presented the study and handed out invitations to the children. At school, the children answered a questionnaire on an electronic tablet, provided a saliva sample and had their height, weight and waist circumference measured in a standardized way by the fieldworkers. Saliva samples were collected using Oragene® DNA Self-Collection Kit. Parents participated by answering a web questionnaire. 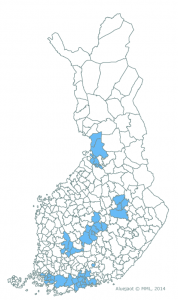 A total of 27,000 households was invited during the school recruitment. The participation rate for the adolescents was 36 %. In total, 496 schools, and 1,415 school classes participated throughout Finland, including urban and rural areas (see map). Of the schools approached, 95 % accepted to participate in the study.

During 2015–2016, when the children were 13–15 years old, the families were invited to the first follow-up. With longitudinal data it is possible to follow changes in various lifestyle factors, as well as in weight and other health outcomes over time, and potentially address causal relationships more reliably than in cross-sectional studies. The invited adolescent and parent were both asked to answer a web questionnaire, to give a saliva sample and to report their height, weight and waist circumference.

A second active follow-up is being conducted during 2020–2024. Once participants turn 18 years old, they are invited to fill in an extensive web questionnaire regarding their diet, physical activity, sleep, sedentary digital media use and mental health. They are asked to record their height, weight and waist circumference, as well, and to provide a consent to deposit their research data to the THL Biobank. Parents participating in the study are asked only for the biobank consent this time. The study allows investigation of several relevant health behaviors and changes in weight and health status of young people.

The participants have consented to link national health register data to their collected data. The registers include the Social Insurance Institution of Finland (Kela; data such as medical purchases, expenses and reimbursements), Statistics Finland (data such as occupational status, wages, cause of death) and the Finnish Institute for Health and Welfare (THL; data such as pregnancy, new-born health, diagnoses and procedures).

During 2017–18, we conducted a validation study to test the validity and reliability of the Finnish version of the Children’s Eating Attitudes Test (ChEAT) questionnaire used in the cohort study. We invited 1500 children, representative of the cohort participants, in grades 5th through 8th from schools across the Uusimaa region to participate. The data – questionnaire and anthropometric measurements – were collected during school days, and retest was performed after 5 weeks. 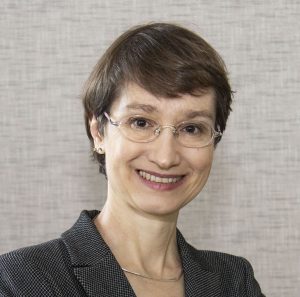 The Fin-HIT cohort was established by Professor Elisabete Weiderpass, MD, PhD. She had hold leader positions/professorships in the Cancer Registry of Norway and Karolinska Institutet in Sweden. She has a strong track record in epidemiology and prevention of cancer. In 2018, she was elected as the director of the International Agency for Research on Cancer (IARC). Weiderpass is the first woman to hold the position.